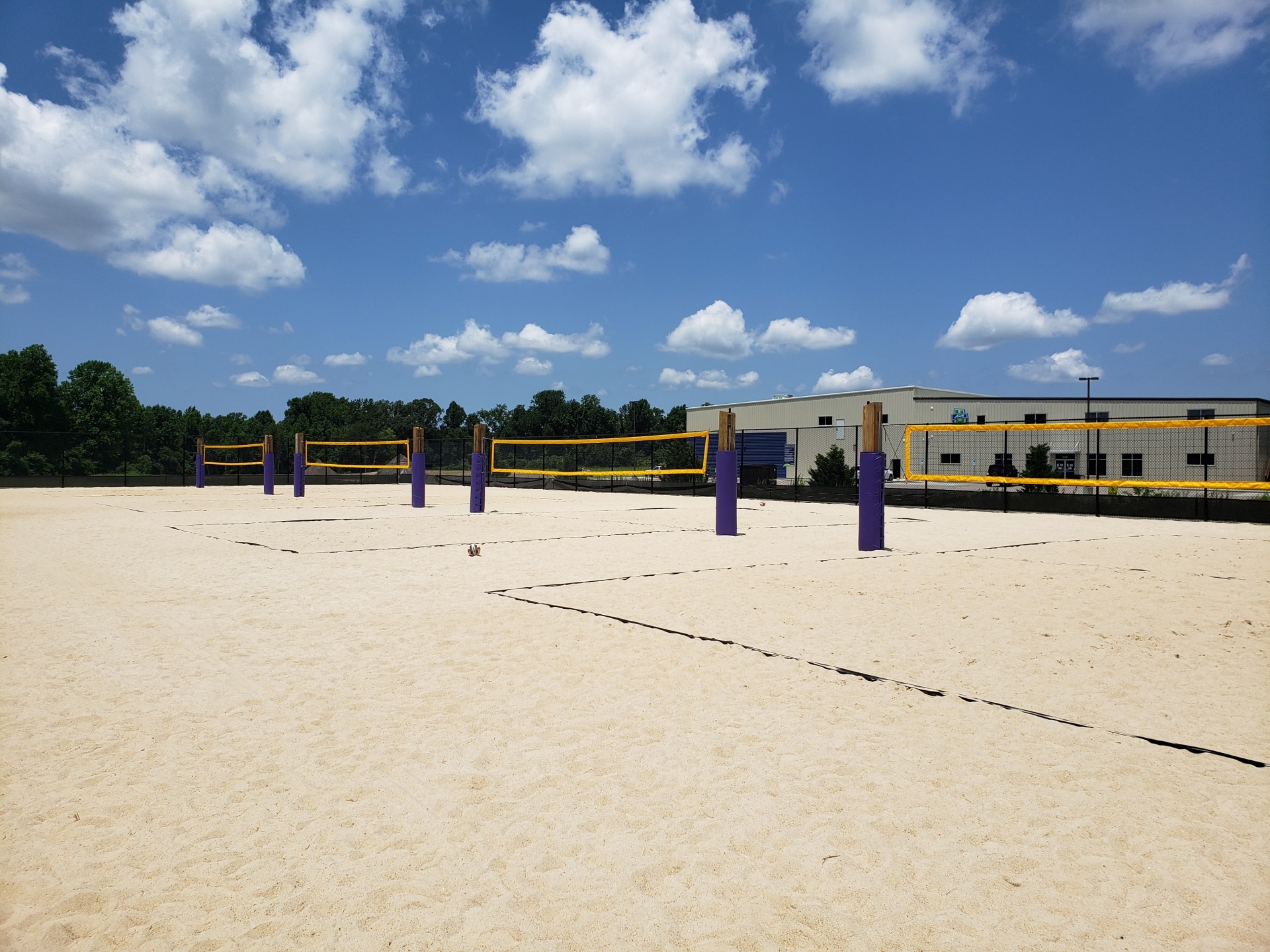 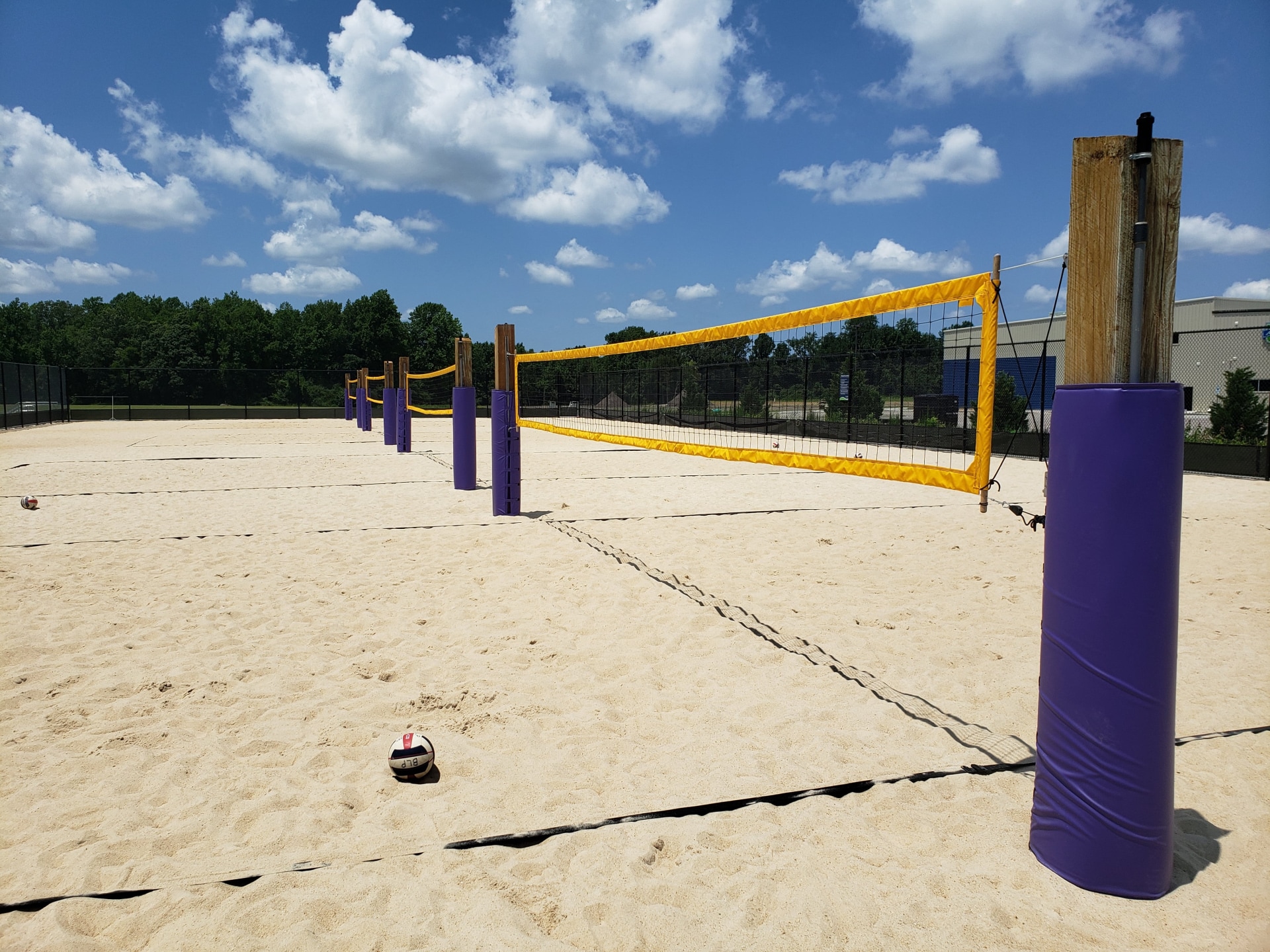 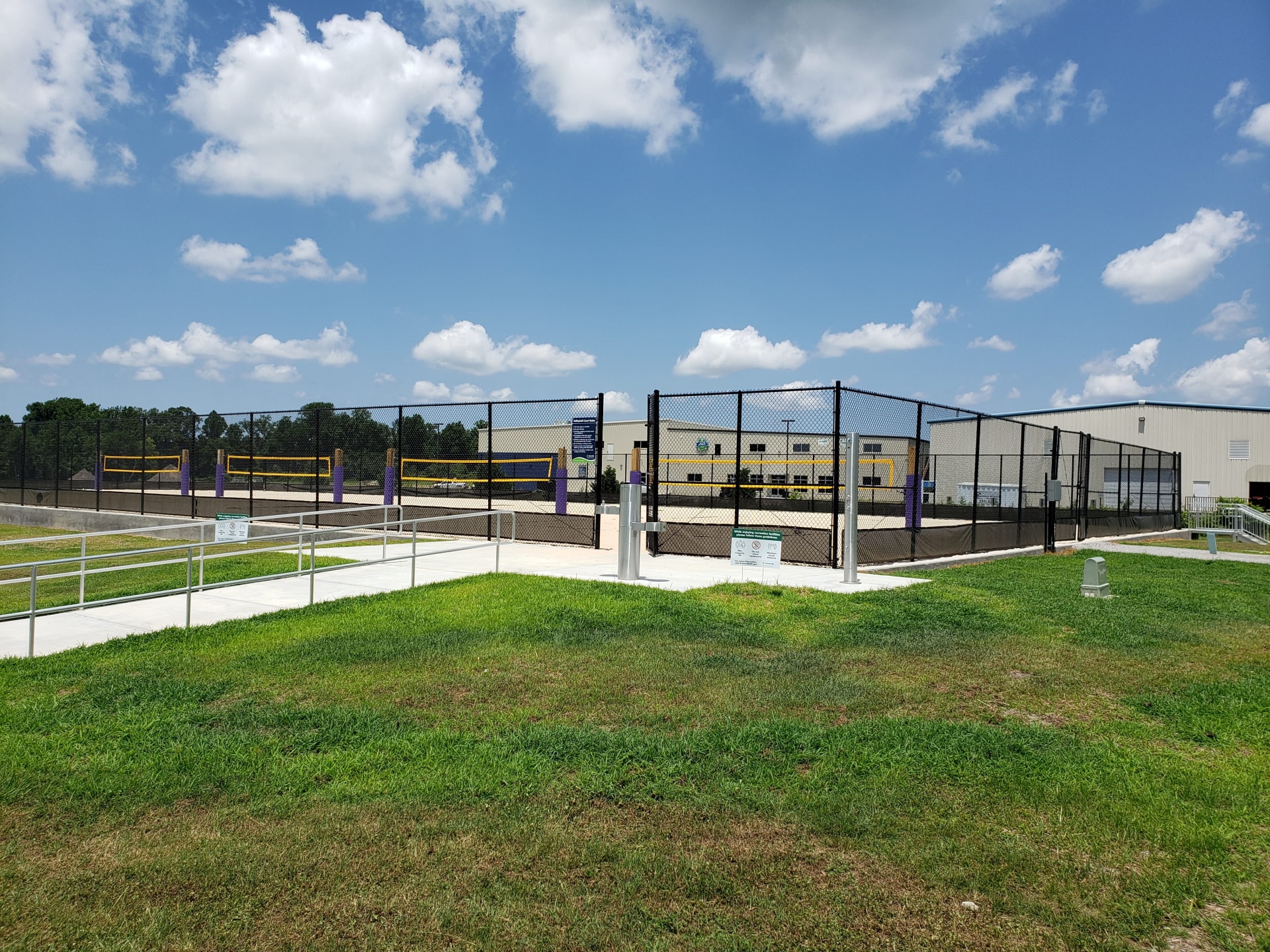 With the increasing popularity of competitive beach volleyball, local enthusiasts appealed to the City as to the need for a facility at which local players could practice and play. The goal was to construct a facility that would not only serve local needs, but could also host tournaments bringing players and teams from around the region. After selecting the 90-acre Boyd Lee Park as the site for development of the new facility, the City engaged Rivers to plan and design the initial phase. Envisioned as a four-court complex initially, the facility should be easily expandable to eight courts in the future.

An elevated facility design facilitates a subsurface drainage system allowing play to resume minutes after a significant rain event. An irrigation system incorporated into the design wets and cools the screened sand playing surface as needed during hot summer days. Within the fenced perimeter, a substantial sand area surrounding the courts is available for the placement of pop-up tents and umbrellas to accommodate and shade fans, officials and players. Amenities such as an outdoor shower station, handicap accessible drinking water station, and power connections for a public address system enhance the overall experience for the patrons. Other hardscape improvements included handicap parking facilities, paved sidewalks, and a ramped entrance to the facility.