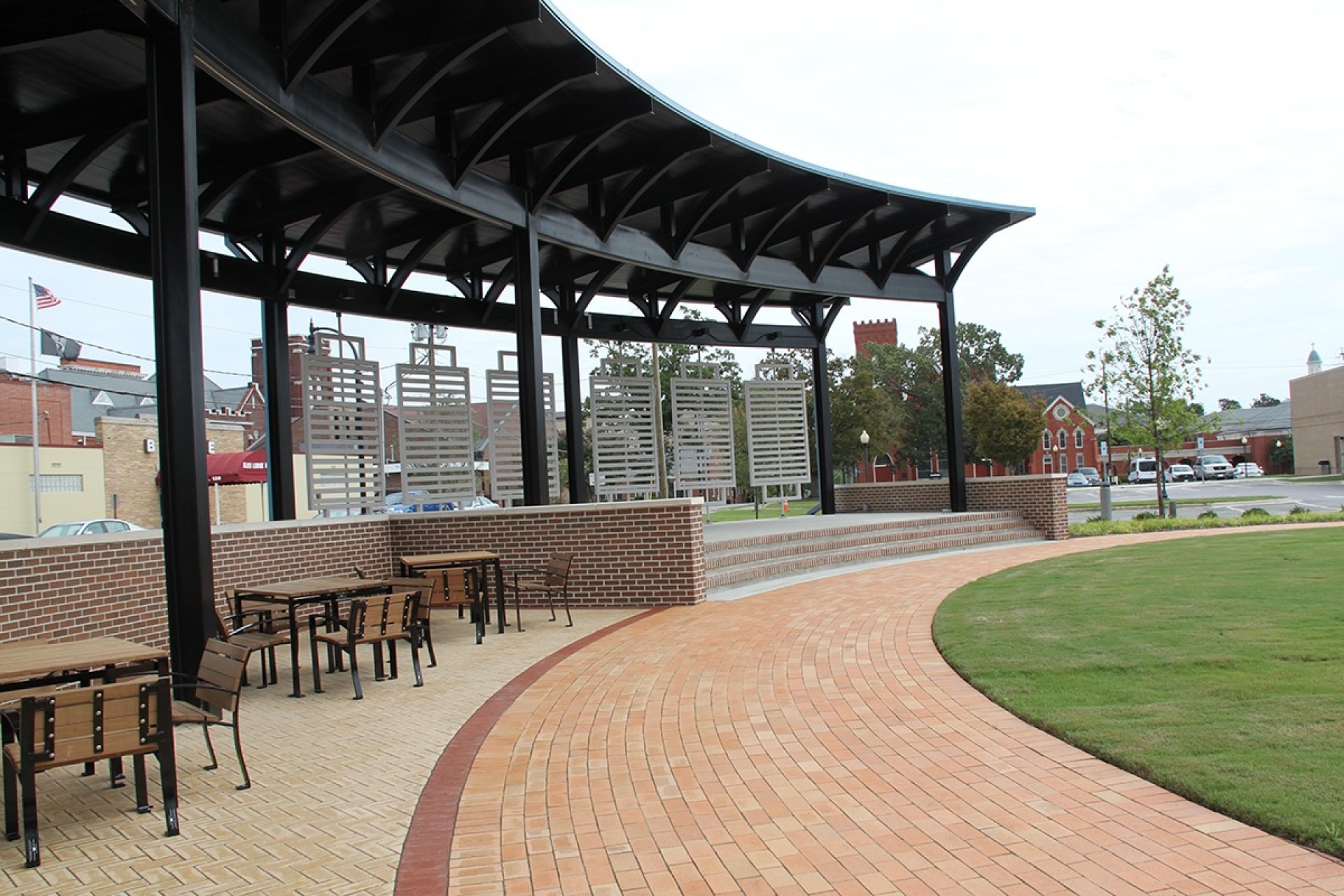 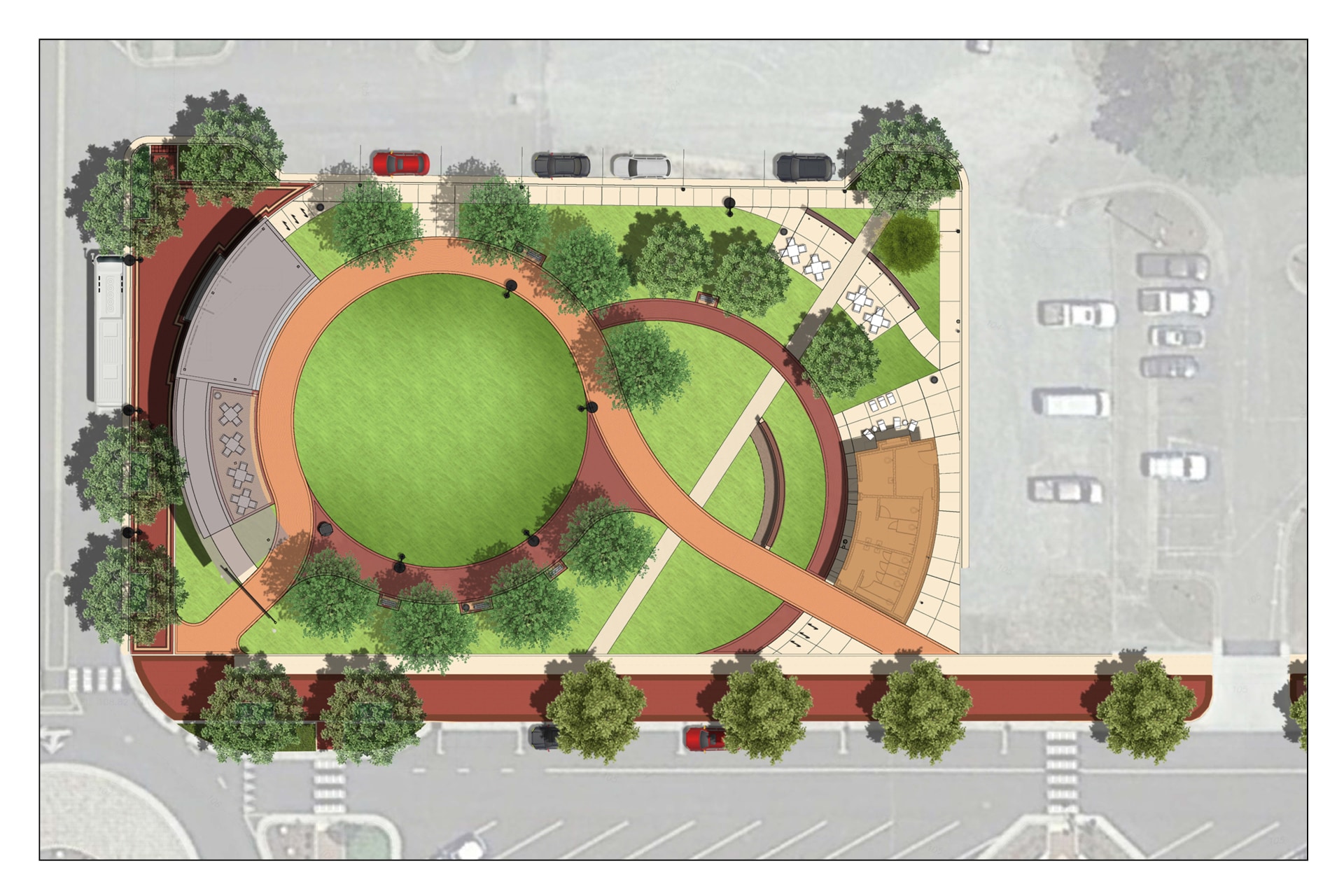 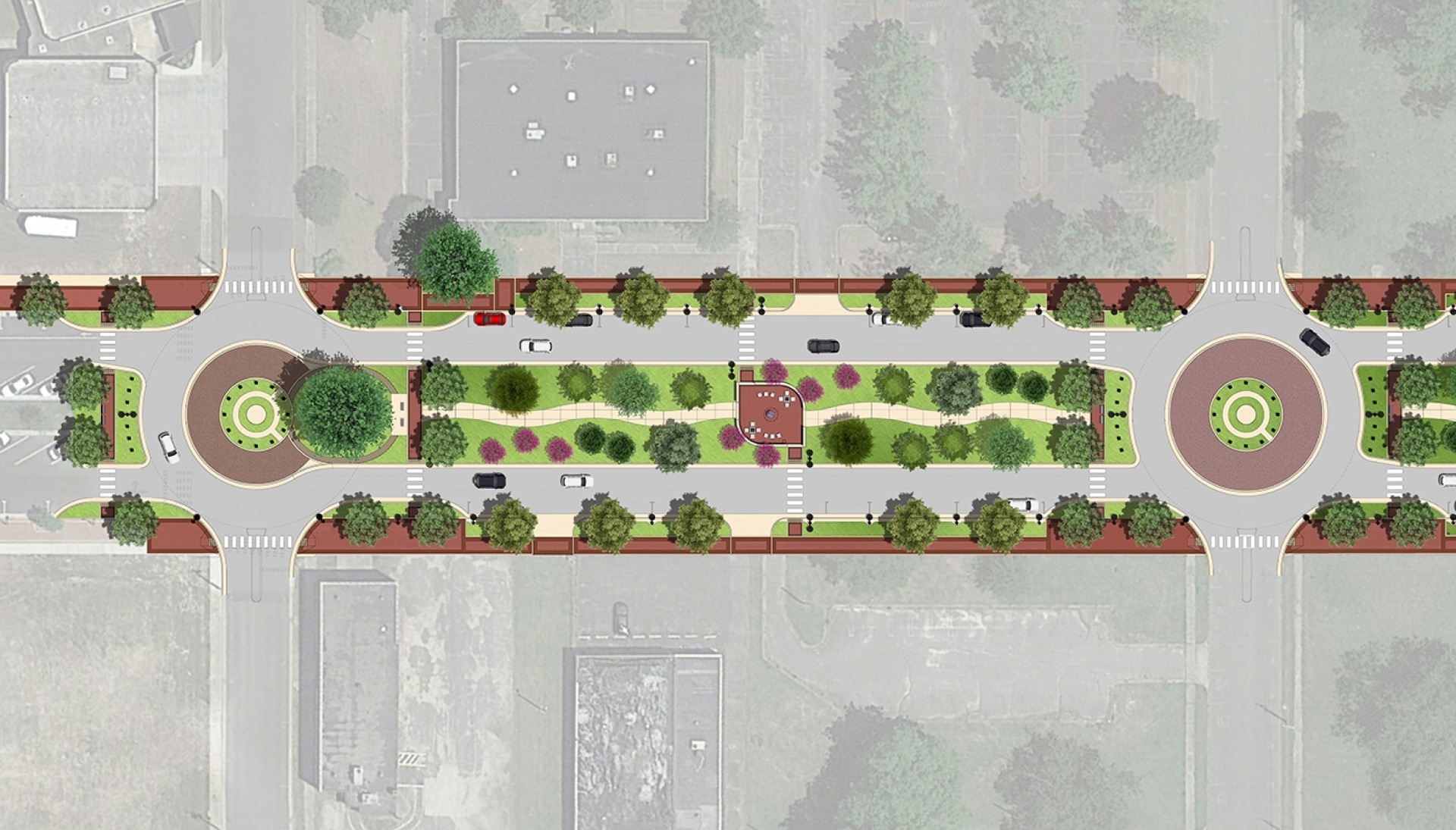 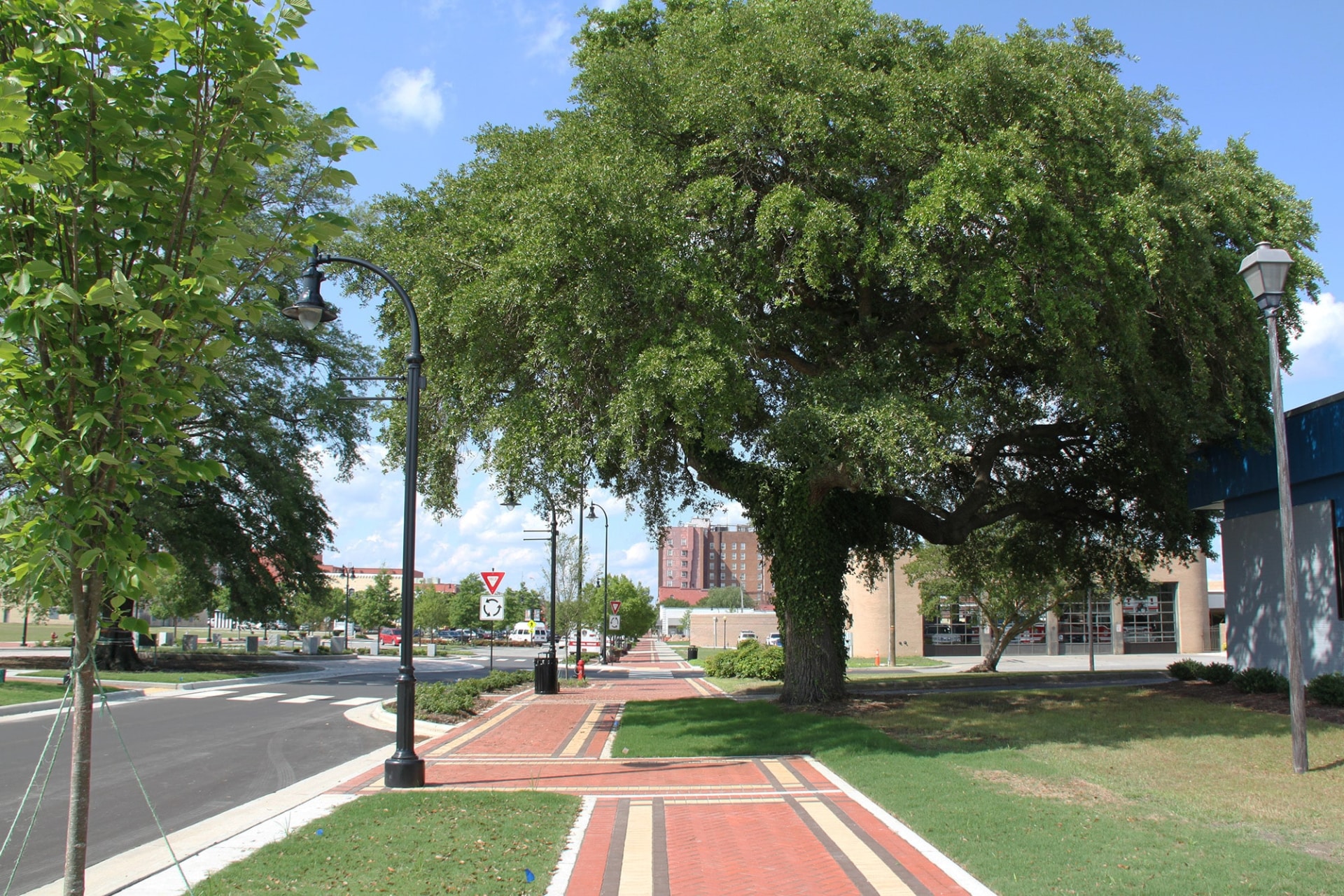 Rivers & Associates served as the landscape architect and design survey consultant on the design/build team for implementation of the third and final phase of Center Street Improvements, including a 28,000 SF urban park / transportation hub next to the street. The budget for this project was $6 million, including design, construction documents and construction.

The 2-block streetscape project completes the planned improvements to Center Street.  Land use adjoining this section of Center Street is planned for residential, with the cross section changing from a wider commercial cross section to one including narrower brick walks with grassed tree strips and a wider median with more naturalistic tree groupings.  To unify the street, the same brick patterns, a center walkway, and a continuation of the unique median parks and roundabouts were part of the design.

The "HUB" is an urban park and transit center, including a bus waiting area, stage, great lawn, discrete seating areas, space for food trucks, a memorial wall and public restrooms.