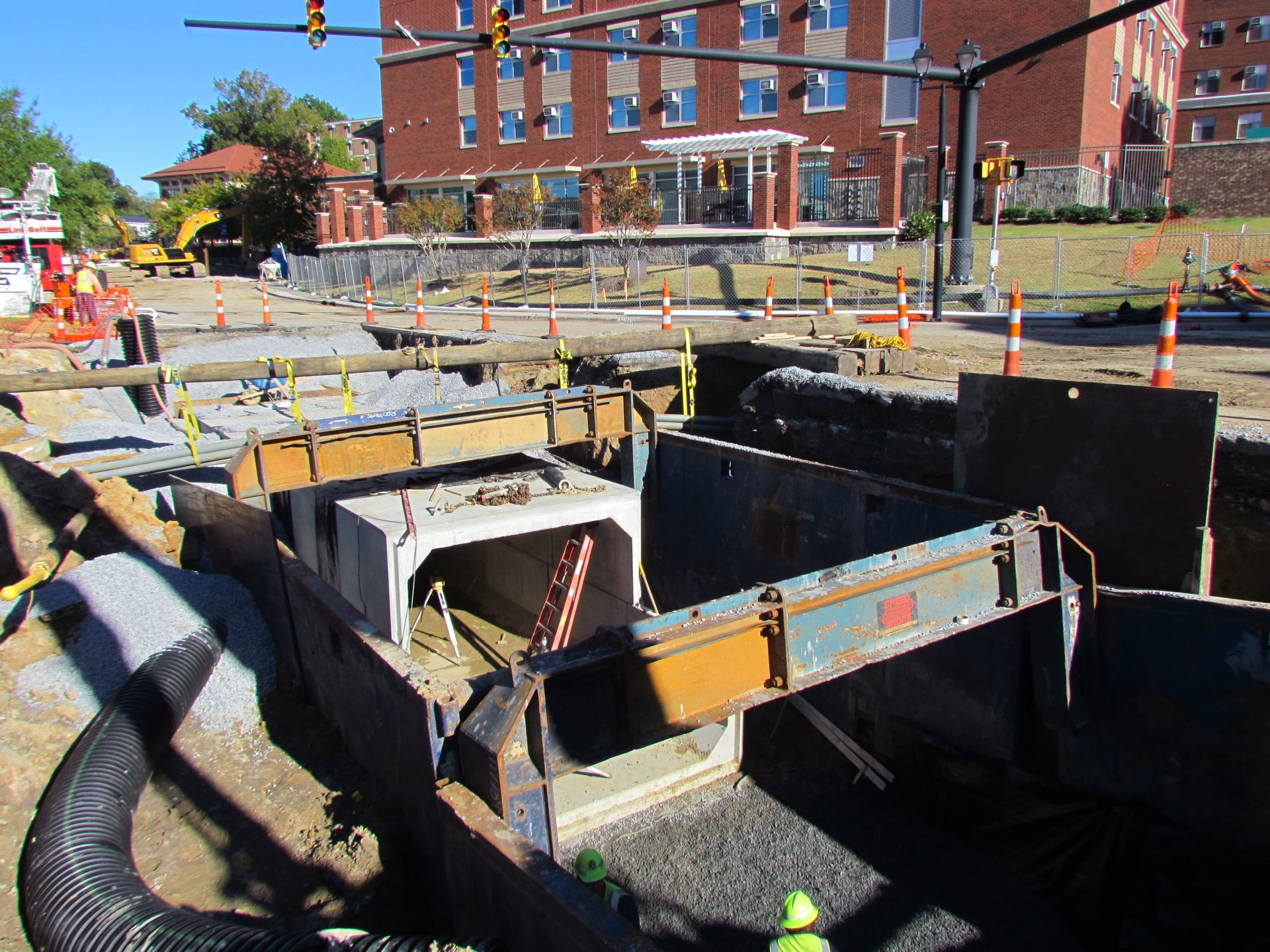 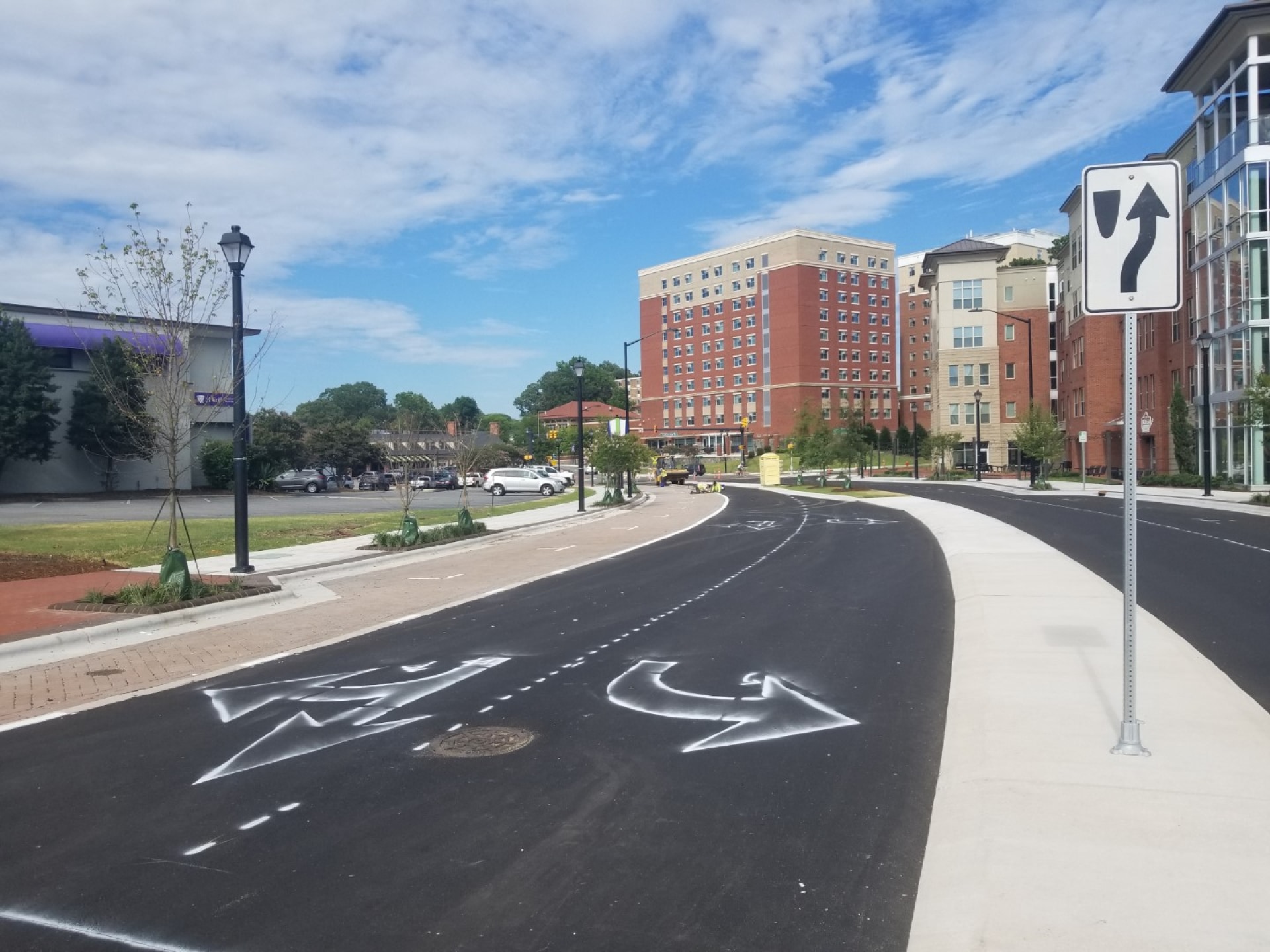 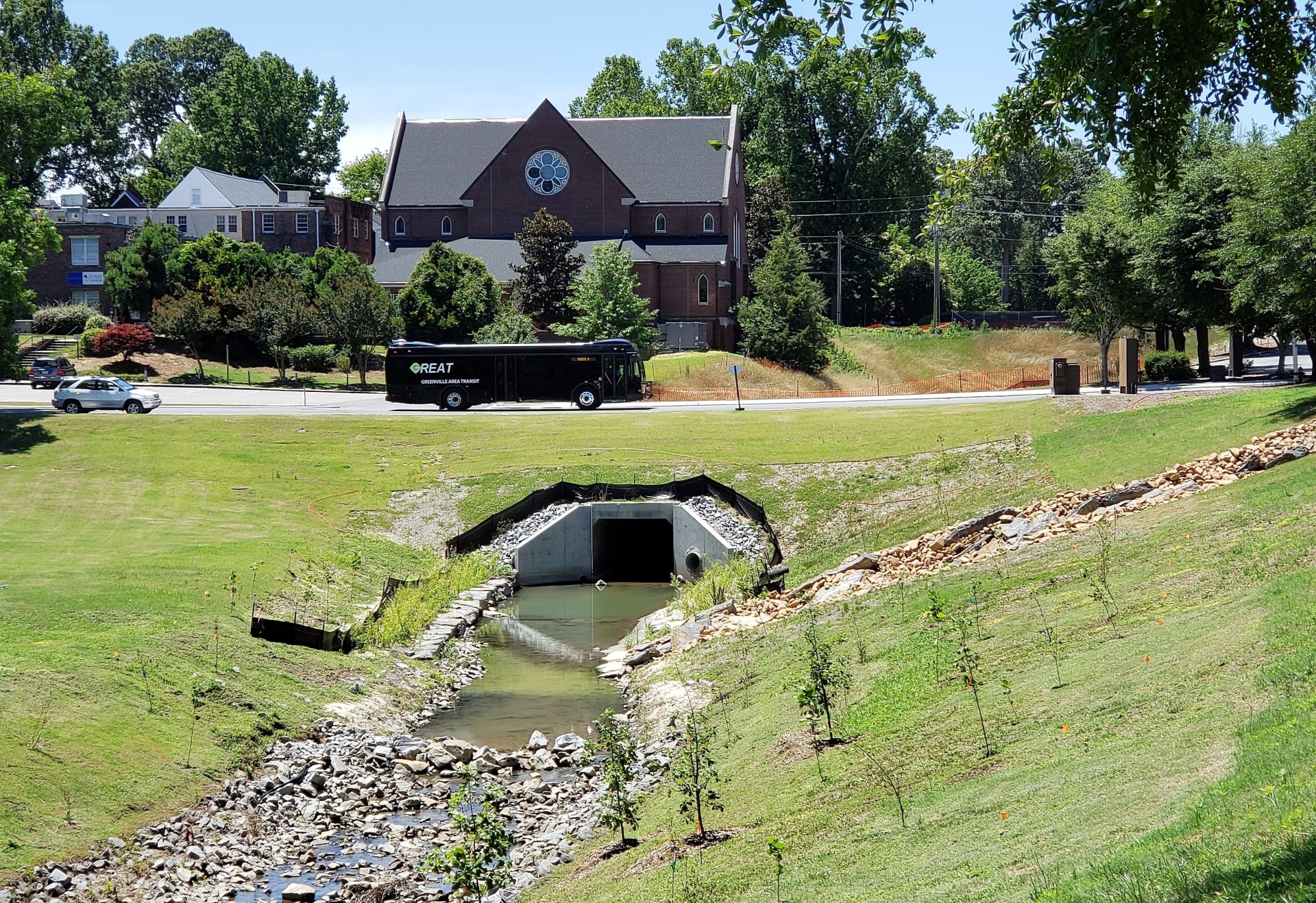 Constructed in the early 1900s when the watershed was mostly undeveloped, an existing brick drainage tunnel enclosed most of historic Town Creek from near the Tar River around the perimeter of what was then the downtown commercial area. Later projects enclosed other segments of the creek closer to the river and on the far upstream extremity with circular piped conveyances. The tunnel and piped conveyance designs were significantly undersized for today’s expanded and built-out center city environment, and contributed to numerous flash flood events over the past 20-30 years in several hot spots within the downtown area.

The 3,900 LF project corridor extended from the river along the path of the historic creek around the center city urban core. Improvements consisted of replacement of the brick tunnel and circular pipes, providing significantly upgraded stormwater conveyance through the central business district to the Tar River. The new conveyance system consists of a series of open channels, daylighting specific segments of the previously piped creek with regenerative stormwater conveyances, 2,500 LF of 10’x8’ reinforced concrete box culvert at depths up to 25 feet, and approximately 2,500 LF of conventional circular concrete culverts ranging from 15” to 84”. In addition to roadway reconstruction and surface restoration, a number of new Stormwater Control Measures (SCMs) were installed as well as relocation of existing utilities that were located above the existing tunnel.