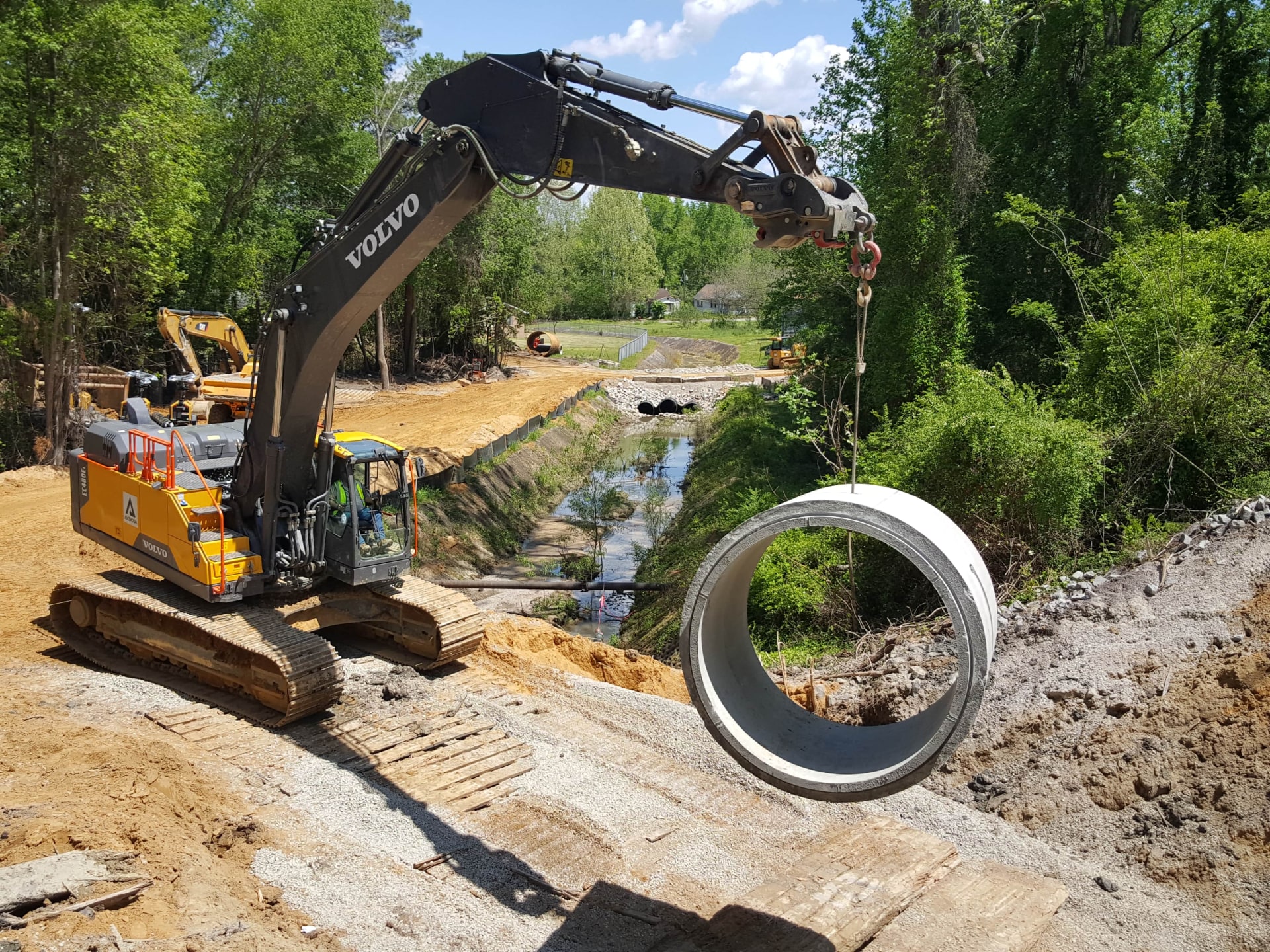 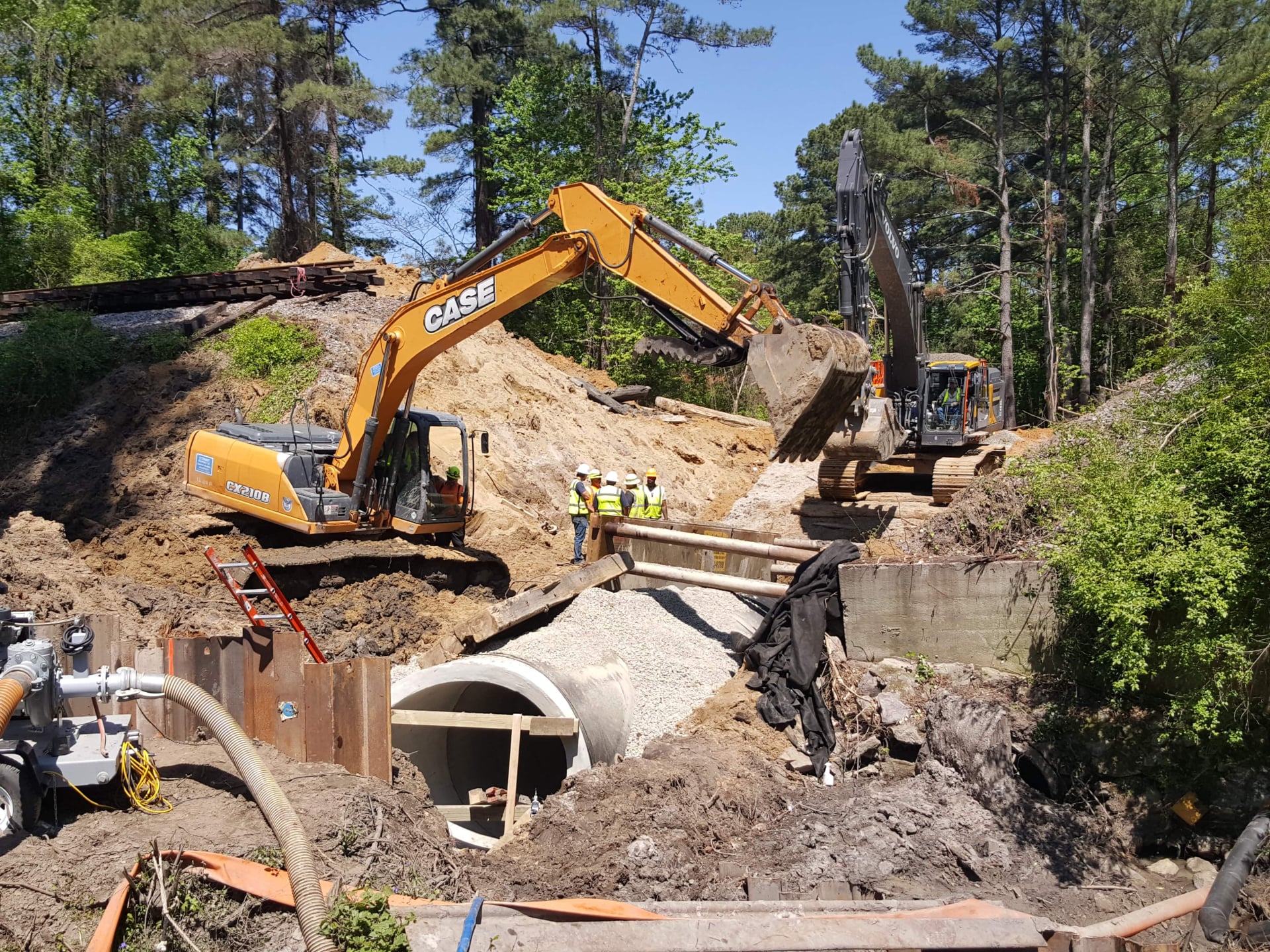 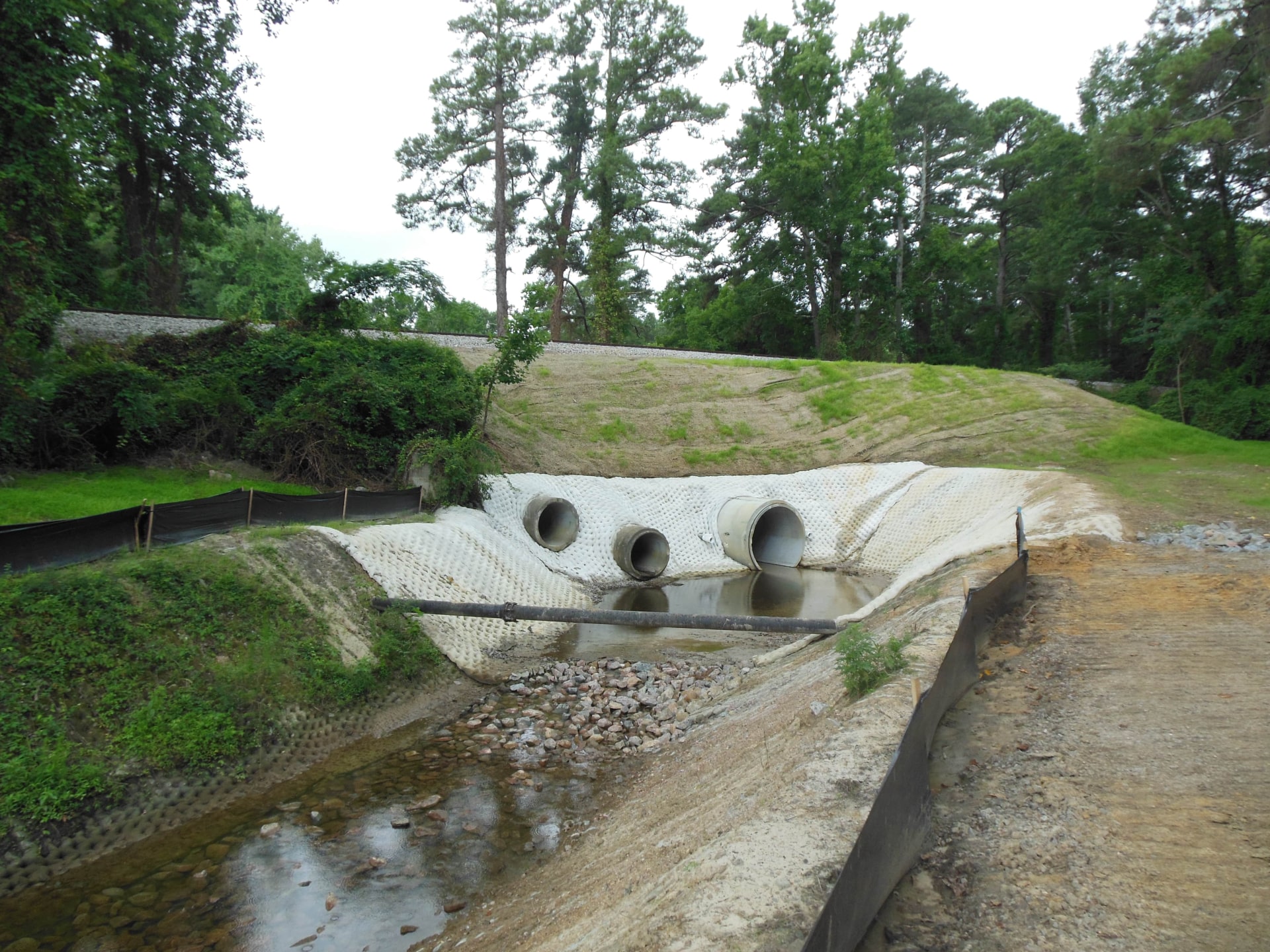 2019 Stormwater Management Project of the Year

A direct tributary to the Roanoke River, the Skewarkee Gut Canal is the primary drainage feature for the mostly developed western sections of the Town. The canal flows to the river through existing residential neighborhoods including twice under CSXT railroad, twice under Main Street (NCSR 1445), under Haughton Street (NC 125), and under five other residential streets. Through residential neighborhoods, the canal was a narrow, unimproved ditch occasionally piped through private yards. Flooding of streets and homes in the watershed was a reoccurring problem, and canal bank erosion threatened residential properties.

The drainage analysis recommended a series of channel and culvert improvements to accommodate a 10-year storm event for the upper reaches of the canal which receives runoff from nine drainage sub-basins comprising 670 acres. To date, four phases of improvements to the channel cross-section and upsizing of culverts under roadways and the railroad have been completed including triple 72” culverts under two city streets, a new supplemental 6’x8’ box culvert under Main Street, and a new supplemental 84” RCP culvert under the railroad.

The most recent phase (Ph IV-A) involved the new 84” RCP culvert under the railroad by open cut at a depth of approximately 30 feet. In compliance with railroad requirements, the railroad track panel was removed, the open cut culvert installation performed, and the track panel replaced within an 84-hour window. The project received the American Public Works Association-NC Chapter’s Stormwater Management Project of the Year award for the infrastructure category, citing exceptional quality control during an expedited construction window.