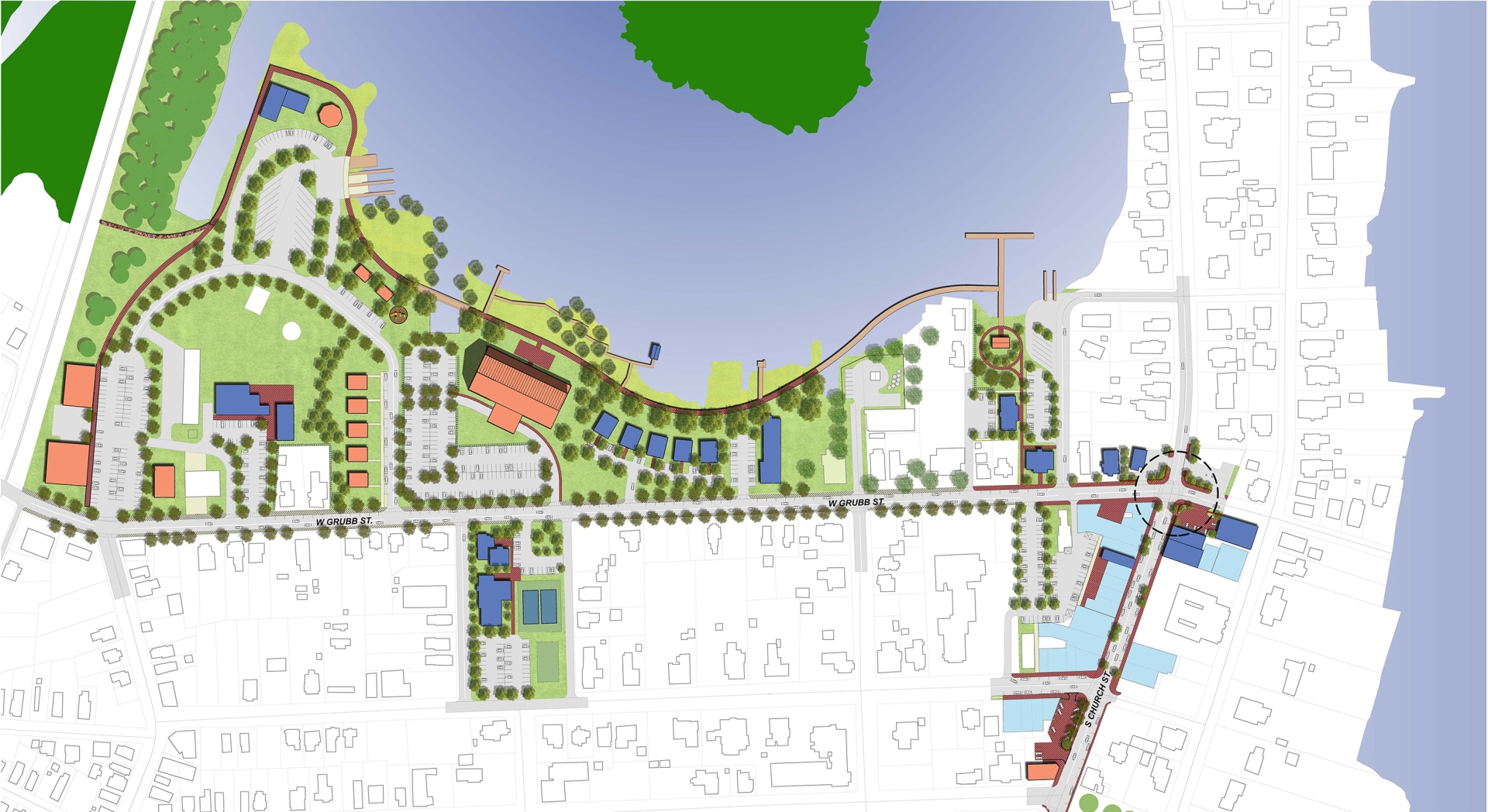 Rivers prepared a waterfront and downtown vision plan for Hertford in order to take advantage of the Town’s Enterprise Zone designation.  With a limited budget Rivers was able to prepare a plan showing improvements to:

1) Church Street, the gateway into the historic downtown;

2) Grubb Street, the road along the northern riverfront, and;

3) the northern riverfront, now with numerous vacant and/or underutilized sites and a few remaining historic houses. The Plan envisions reconfiguration of some Town functions to existing nearby buildings or new buildings and new uses such as a hotel/conference center/restaurant, relocated historic houses for purchase or Airbnb use, new small residences, rehab of an old ice plant to a microbrewery and reconfiguration of the boat launch ramp to accommodate plans for regional fast ferries in the future.  Existing public uses are reorganized along the waterfront to provide more public access and improved recreational opportunities, including a continuous waterfront walkway along the entire length of the northern riverfront from the Railroad crossing to the former boat launch, picnic pavilions and a playground, and an expanded public boat launch on a larger site at the west end of the riverfront.

The plan for Hertford includes a waterfront bulkhead and walkway to protect the area from flooding, allowing new development on this sparsely developed area, including reuse (and nearby relocation) of some Town uses to maximize the commercial/mixed use development of this attractive waterfront.