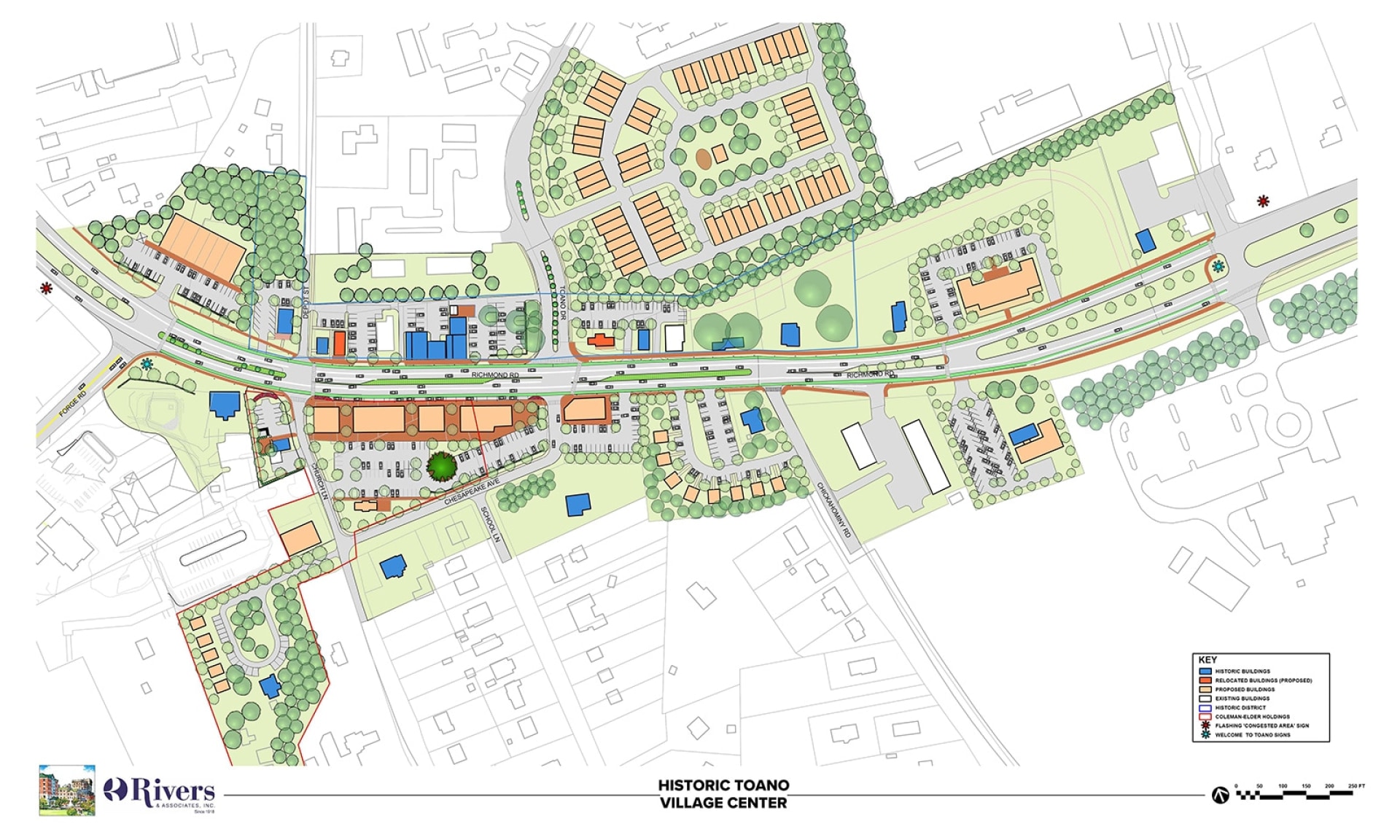 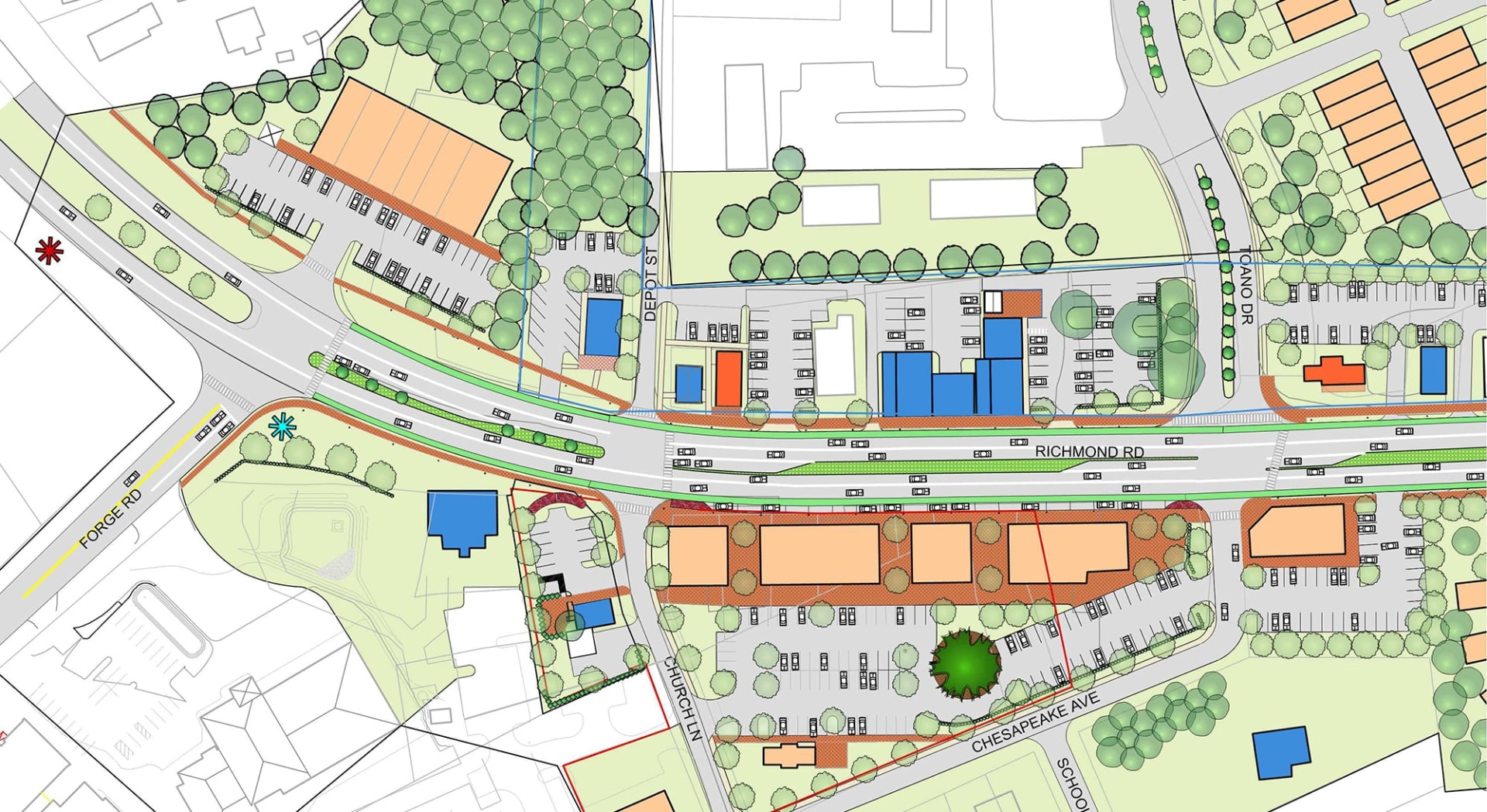 Rivers prepared a Master Plan for the village center of Toano Virginia. Once a major commercial hub near WIlliamsburg in James City County (JCC), the historic fabric was damaged when Richmond Road was widened. Now a private landowner is leading the effort to revive this rural community.

Coleman-Elder, LLC (led by Jack and Jeff Wray) is a land development company whose owners grew up in Toano and are now very involved in bringing it back to life. They have plans for a commercial center on the south side of Richmond Road that will restore the spirit of the buildings that were once there. 14 buildings on the north side were recently declared a state and federal historic district thanks to Coleman-Elders’ efforts. Other landowners are interested in the potential for redevelopment in this area that is only 10 miles from Williamsburg. Rivers was hired to create a plan that shows the potential for the entire village with the goal of coordinating efforts among a variety of landowners to everyone’s benefit. Meetings presenting the plan were well attended and the plan was well-received. It is hoped that JCC will support the plan through zoning and public space improvements over time.

The master plan shows remaining historic buildings (in blue), and proposed new buildings “in the spirit of” historic Toano shown in orange. New development includes commercial buildings and a new townhouse development on the north side. Toano Station, the Coleman-Elder proposed commercial development, is shown in the lower left of the drawing.

Hopke & Associates Architects prepared the plans for Toano Station, a proposed commercial development on the south side of Richmond Road that will be reminiscent of the buildings that once stood there.