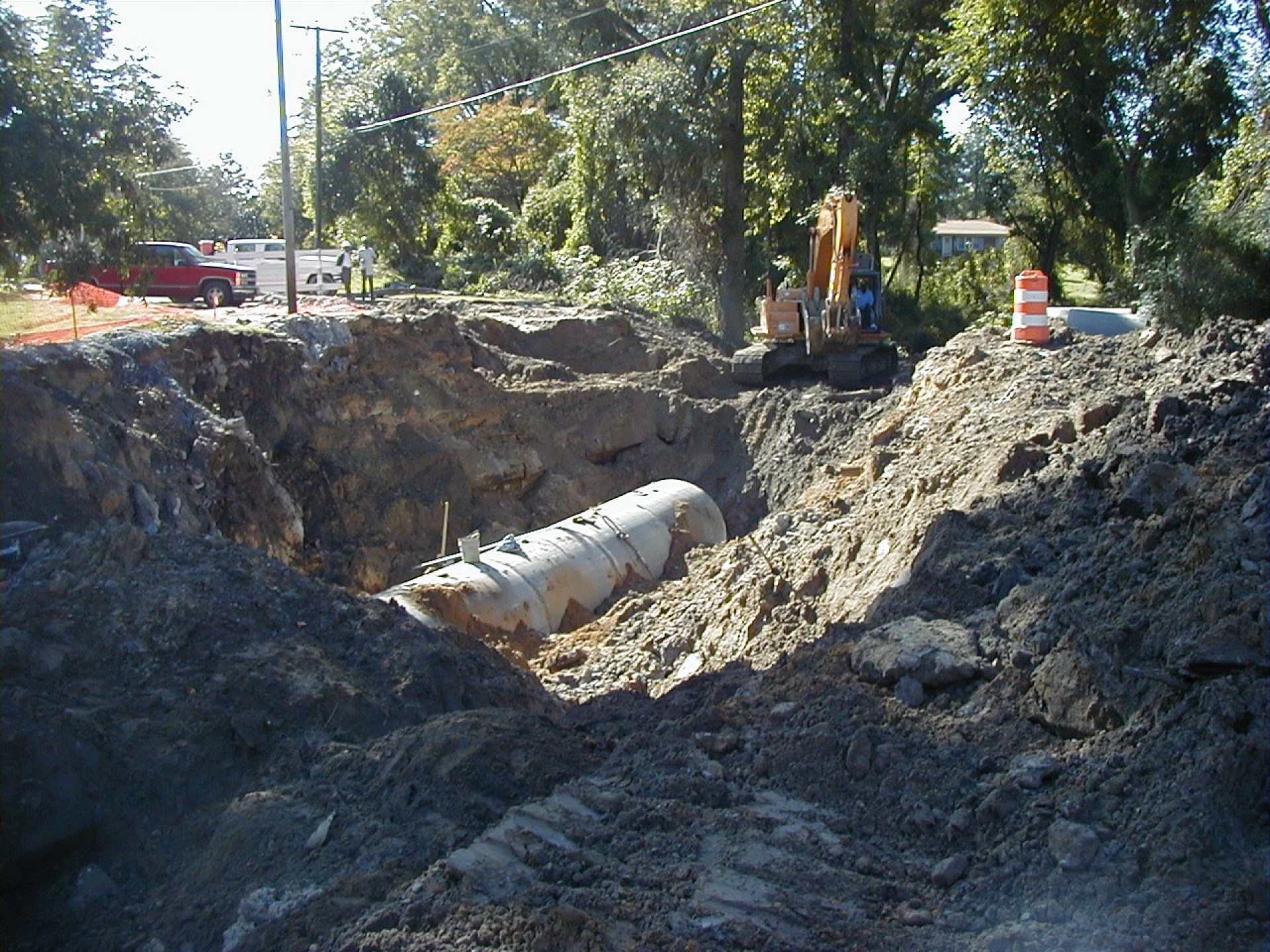 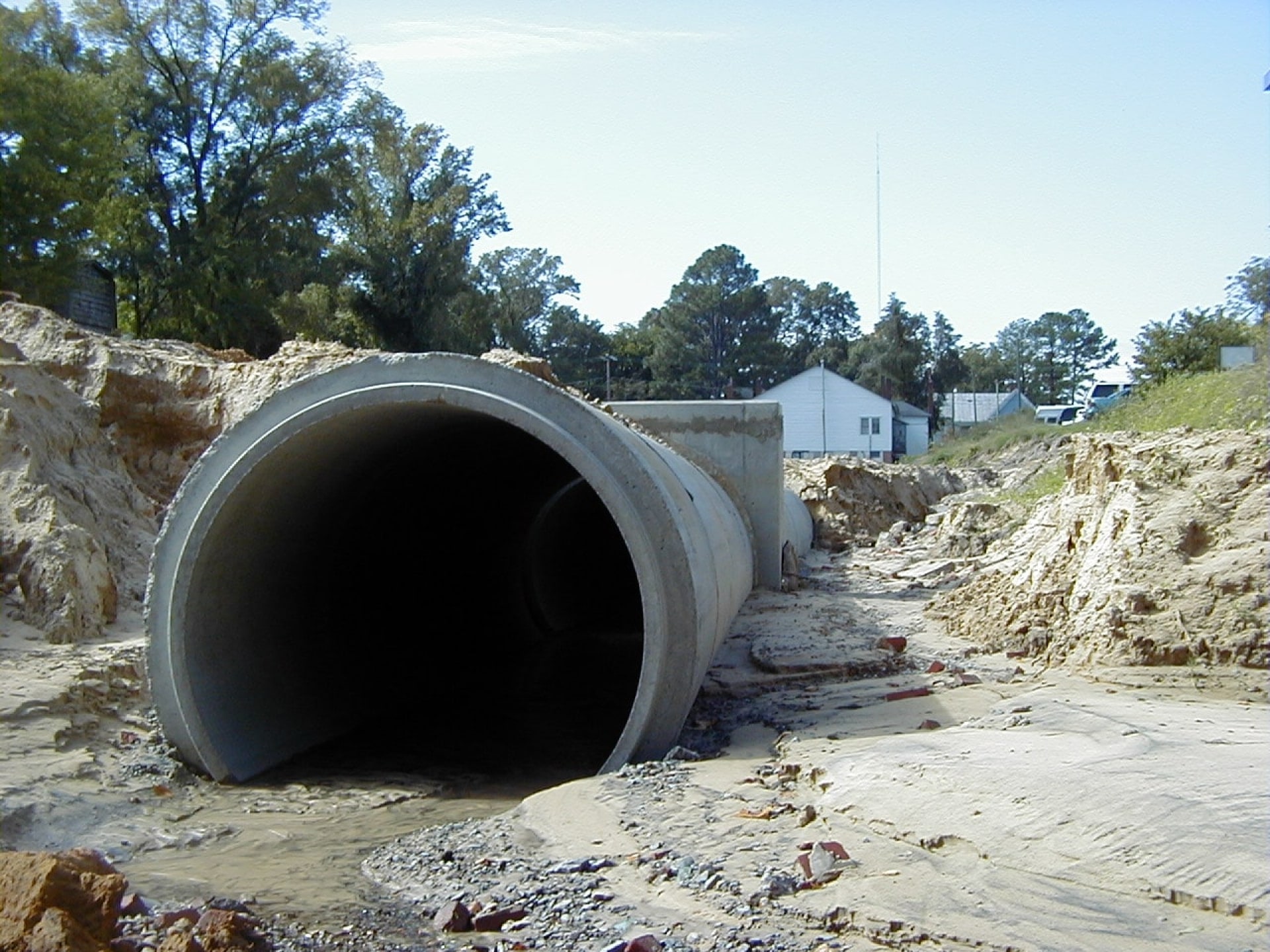 The major conduit providing storm drainage for the central business district crosses under several public streets as well as across the Martin County Courthouse campus.  Over the years, the existing piping network had proven to be undersized for the fully developed watershed.  Open channels and drainage structures had routinely experienced surcharged conditions that eventually led to deterioration, undermining of streets, and ultimately the collapse of a public street adjacent to the courthouse campus.  Rivers was engaged to provide survey, design, permitting, easement mapping and construction administration services associated with upgrade of the drainage network under several public streets and across the courthouse campus.

The project consisted of the installation of 730 LF of 72-inch concrete drainage culvert, 360 LF of smaller drainage culverts, and 250 LF of open channel reconstruction.  As part of the project, 1,100 LF of leaking sanitary sewer was replaced on a parallel alignment with the new 72-inch pipe and 1,200 SY of street reconstruction was required to accommodate the new pipeline installations.  The project proved to have numerous challenges.  As each utility system had to remain functional during construction, sequencing the work proved critical as specified segments of drainage, water and sanitary sewer utilities were strategically installed as work progressed.  A temporary earthen dam was constructed each day to restrict surface water flow into the work area, and then removed at the end of the day to allow stormwater to flow through the work area.  The dam also served as a staging platform as excavation depths reached over 15 feet.  Over several decades the project area had been filled with any available material including various construction debris, requiring 8,600 cubic yards of material to be removed from the site and replaced.  Throughout construction, Biggs Street remained closed, requiring focus on control and maintenance of traffic in and around the courthouse to be a high priority.