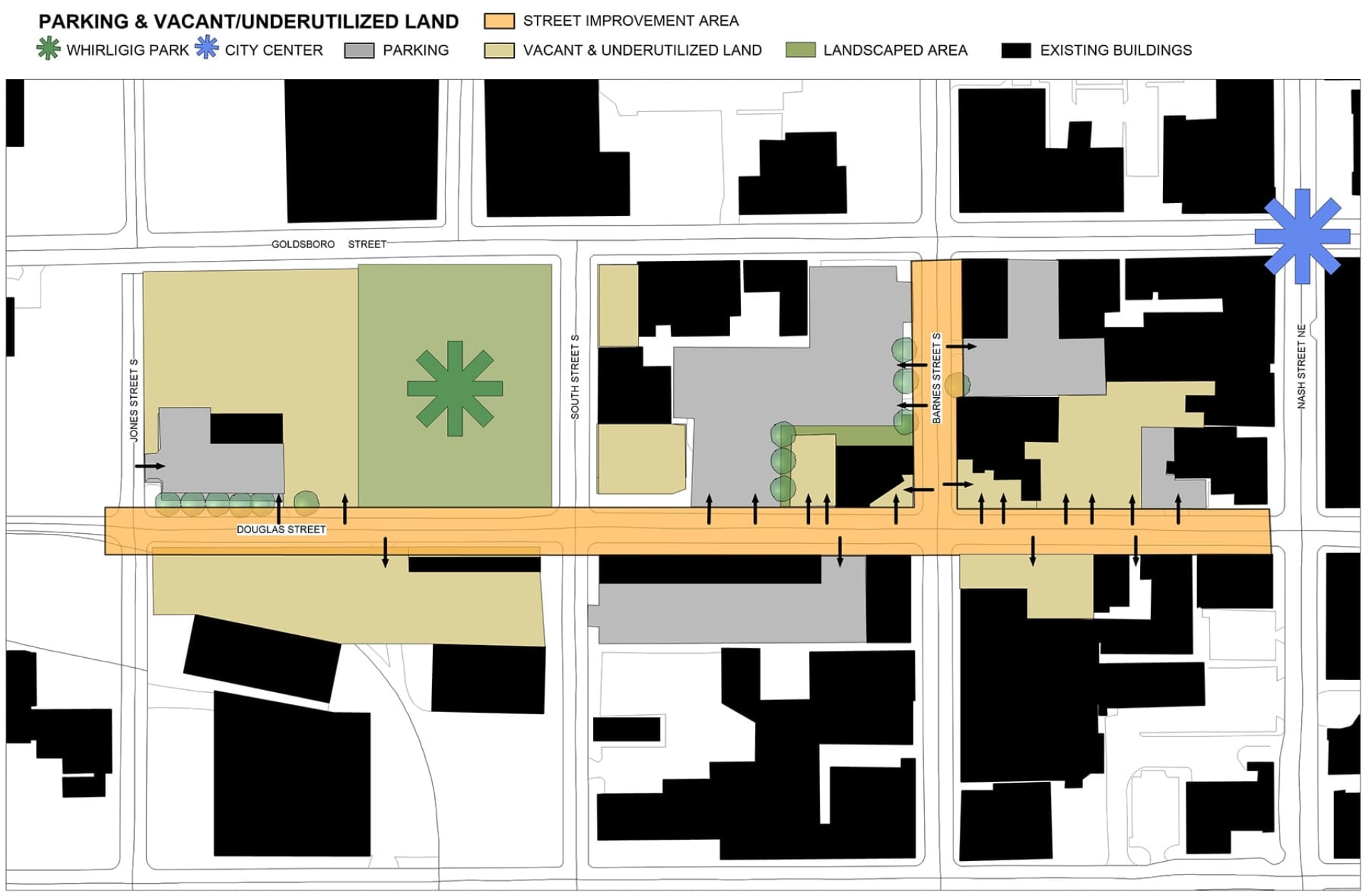 Rivers & Associates will prepare construction documents for the Landscape Architecture portion of a new streetscape for three blocks of Douglas Street between Nash and Jones Streets, and one block of Barnes Street between Douglas and Goldsboro Streets.  These streets are immediately south of Wilson's main downtown area and adjacent to the new Whirligig Park.

Rivers is working with an Advisory Group to define the goals and objectives for the area including materials and design to accommodate current uses and anticipate future growth.

The street is to be the Avenue of Science and Technology to complement the Imagination Station museum at the north end of the street.  Places for artwork and science-related displays will be incorporated into the design.