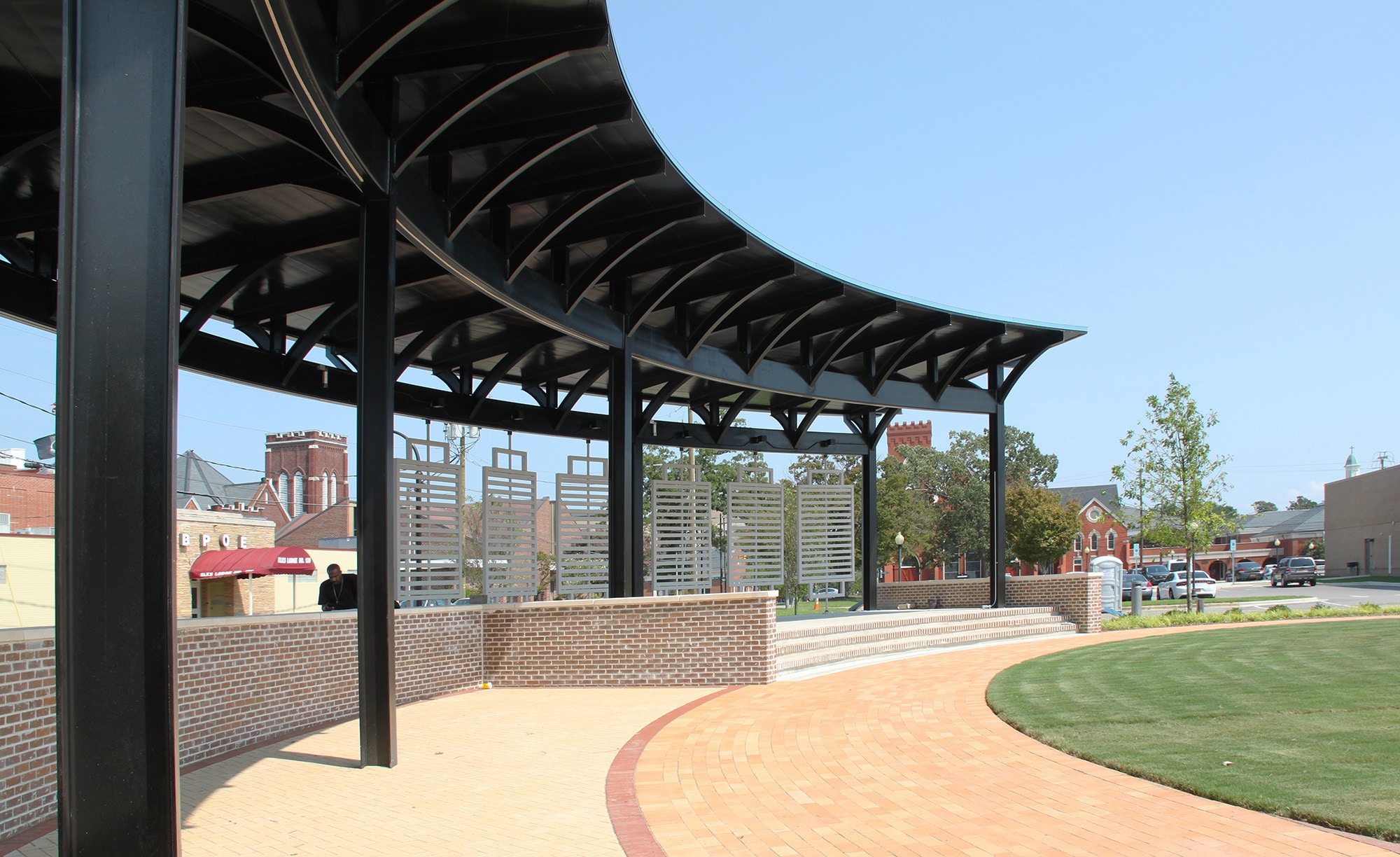 In late August 2020 the finishing touches were being completed on the HUB, an urban park that adjoins streetscape improvements in Goldsboro. The half-acre park includes a stage, memorial wall, and public restrooms. This park is an enlargement of the former Cornerstone Commons, dedicated to honoring community leaders. The new park incorporates a memorial wall, but also expands uses to include a beautiful stage that wraps around a circular lawn/seating area and includes amenities such as a digital sign/directory, a solar phone charger, a fire pit area, and accommodations for food trucks and a future water play area.

This third phase of improvements completes the improvements to Center Street in the heart of Goldsboro. This portion has fewer retail businesses and is planned for residential and mixed-use, so the design changes to provide tree strips rather than tree pits, and a wider median with native trees and areas with ornamental grasses in addition to the sculpture pads and unique median parks that are part of the other two phases of work.

There could not be a ribbon-cutting for the project because of the pandemic, but we look forward to concerts and other events in the future!